On October 21, 2021, an extended meeting of the Council of the Assembly of the People of Kazakhstan was held under the chairmanship of the President of the Republic of Kazakhstan, the Chairman of the APK Kassym-Jomart Tokayev. 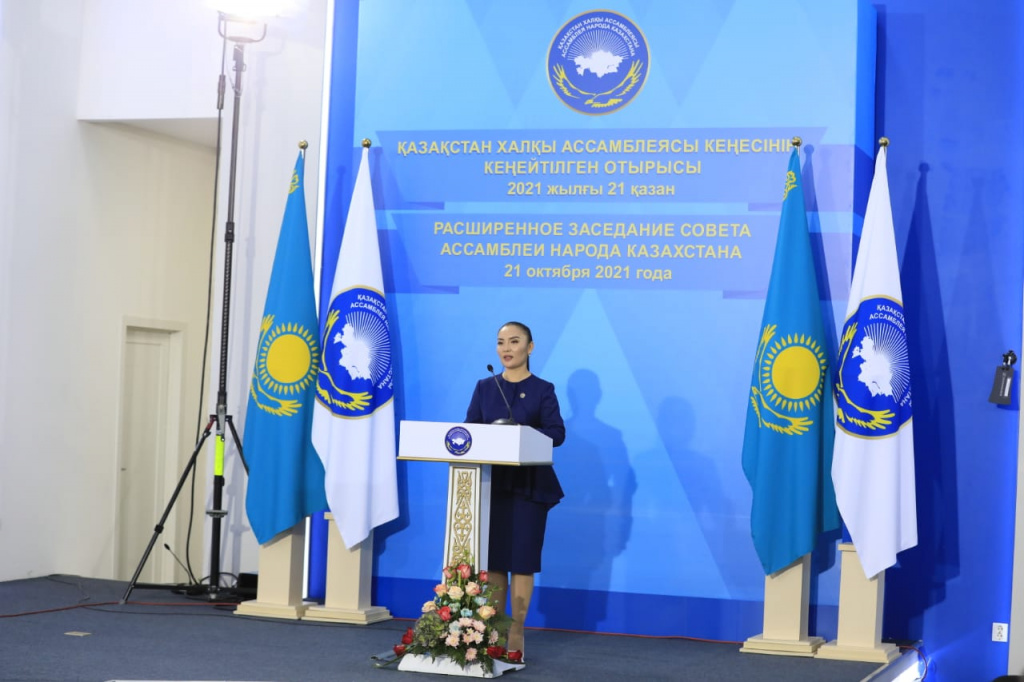 The meeting also investigated the topical issues of the activities of the Assembly of the People of Kazakhstan of the Turkestan region and the Mothers' Council of the APK to strengthen interethnic harmony. 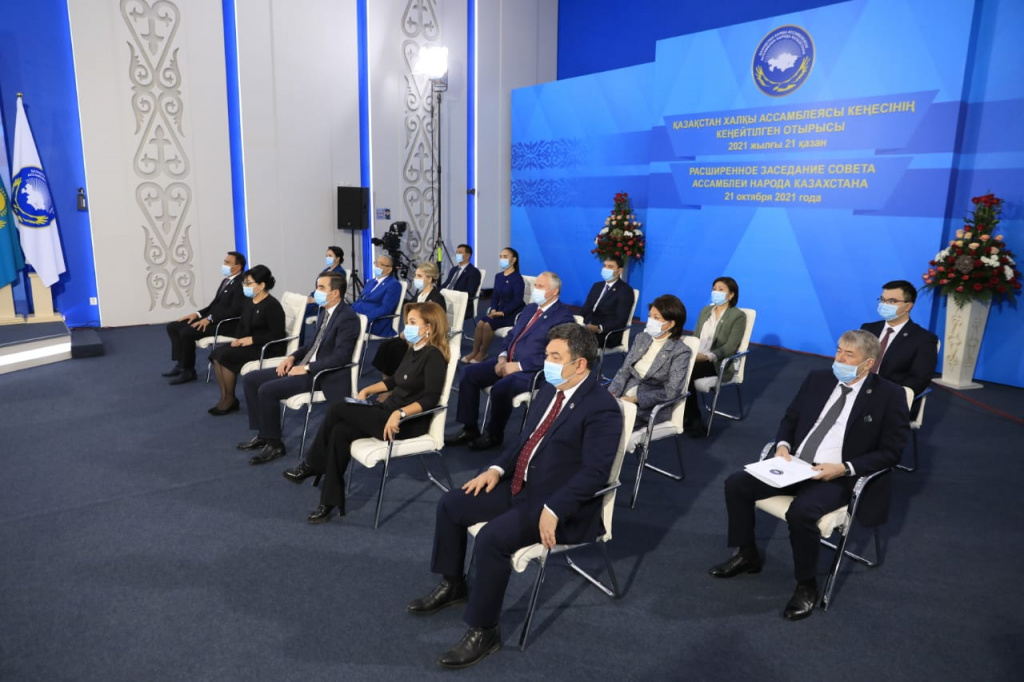 In particular, the Head of administration of the Turkestan region, Umirzak Shukeyev told about the activities of the Assembly of the People of Kazakhstan in the region to strengthen harmonious interethnic relations. There are 50 different ethnic groups in the region, that is 25% of the region's population, and they have all the necessary conditions and infrastructure for the development of culture and traditions.

Chairman of the Republican Council of Mothers of the Assembly of the People of Kazakhstan, Nazipa Shanai, spoke about the activities of this public organization. Mothers' councils are responsible for the prevention of divorce and domestic violence, suicide among young people, Internet addiction, the spread of drug addiction, and they also deal with topical social issues, projects in these areas covering more than 44 thousand people.

Speaking about interethnic tolerance in Kazakhstan, the speaker noted that today more than 800 families in the country raise children of different ethnicities. An example is Tulegenov`s family from Altynsarin village of the Kostanay region. They have 12 children: six Kazakhs, three Russians, two Tatars, and one Bashkir. In 2014, a spacious house was built for this family as part of the "Asar" campaign at the initiative of the Mothers' Council of the regional APK.

The speakers also spoke about the issues of closer integration of citizens into a single Kazakhstani society, teaching the state language as a factor in increasing the competitiveness of students, the Internet, and problems of raising children, creating а fine media content for the children. And, the topical issues such as cyberbullying, socialization of mothers with many children were raised during the meeting as well.

At the end of the event, the President noted the priorities of the activities and responsibilities of the Assembly of the People of Kazakhstan and government agencies in ensuring unity and harmony in society.

The President stressed the need to prevent discrimination and conflict on an inter-ethnic basis, to prevent the provocations and attempts to destabilize the inter-ethnic peace and harmony in Kazakhstan.

The government agencies and local administrations have been instructed to provide full support to the activities of the Mothers' Council and the Assembly's youth movement, civic initiatives to combat illegal content on the Internet, and cyberbullying too.